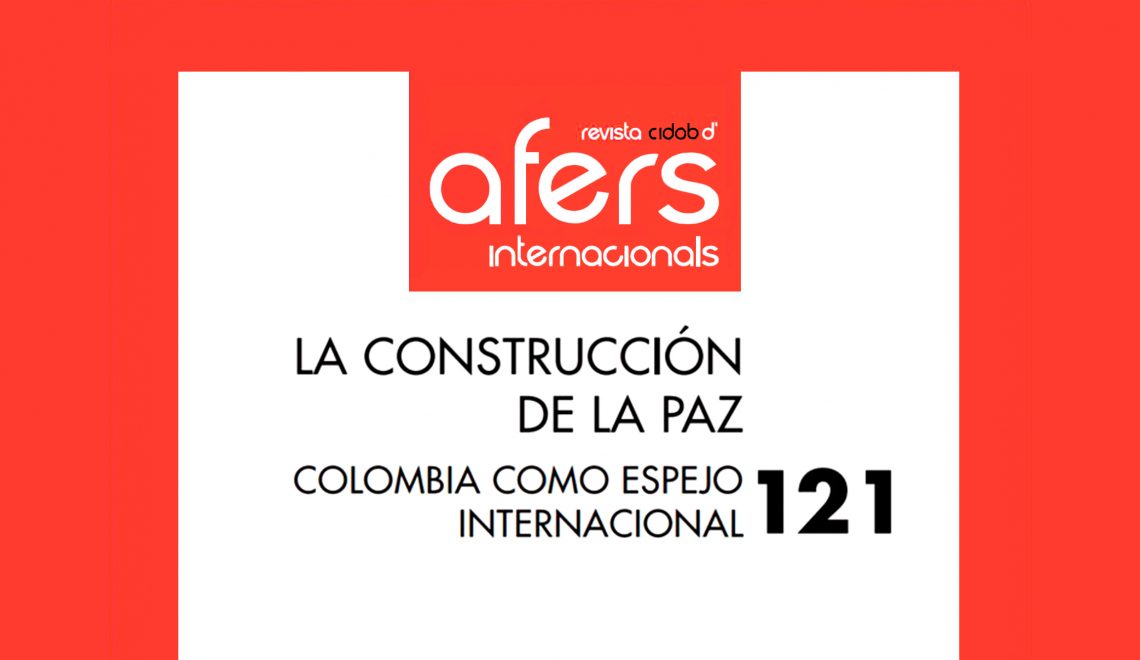 The Magazine of the Center for International Affairs of Barcelona (CIDOB) has dedicated its 121st issue to Colombia and the Peace Agreement between the Revolutionary Armed Forces of Colombia-People’s Army (FARC-EP) guerrilla group and the government, finalized in 2016 during the elective term of past President, Juan Manuel Santos.

With contributions by European and Latin American authors, the CIDOB Magazine – Peace building: Colombia as an International Mirror – highlights the challenges and achievements of the process. It explains how, despite having reached a significant historical Agreement, the conflict persists due to social barriers from the last fifty years. It also describes how the Peace Agreement has brought about a new model for peace negotiations and post-conflict peace building that not only focuses on the rights of victims and a transitional justice model, but also on inclusion processes with gender, ethnic and territorial components.

If you are interested in reading and knowing more about the edition of this magazine, please see the following links.

Center for International Affairs of BarcelonaCIDOBColombuaPeace Agreementresource
by Interarts
We use cookies to ensure that we give you the best experience on our website. If you continue to use this site we will assume that you are happy with it.OkRead more